Raising Children In This Crazy World 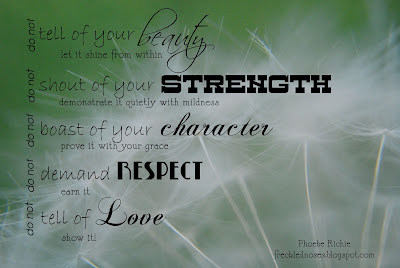 This is the message I try to teach my children, the message I try to live by.  It's tough, and frankly, I have most likely failed on a number of those counts.  I'm hoping it is like lessons my parents taught me.  I may have known what they were teaching me but sometimes the understanding and the practicing of those lesson didn't click right away.

Okay, here is where I show my true age and start sounding like my parents.  I think about the difference of times and influences from when I grew up and this crazy world my children are growing up in.  What influenced me?  What shaped me?  The first word the comes to mind is "physical".  Friends and people that were physically present in my life.  Family, friends from the Kingdom Hall, parents of said friends who later also became friends, super awesome teachers, very bad teachers, workmates, random strangers you meet at work.  You get the idea, right?  Influences that you could actually see AND touch.  Of course there were also influences that were not physical.  There was music, TV shows, movies.  Most of which were far more innocent than what is available today.

The tone of TV shows and movies is so different today.  I share classic movies with my kids, and silly old movies, so silly, so stupid, but so innocent.  Today the comedy is usually based on funny at someone else's expense.  And then our children imitate that, and then they take it further, and now it is bullying.  Things we try to steer our kids clear of are now broadcast as family TV and if we don't allow our kids to watch it we are called "extreme parents" who don't allow our childrent to be who they are.

And then of course is the "association" they receive via the internet.  They take photos of themselves in positions and doing things they wouldn't dream of doing in person.  They say things they would never say in person, and it is all filtered or excused with phrases like "I am beautiful", "I am great", "Be yourself no matter what anyone else says".  Yes, all great empowering messages for our children.  But let me ask you, when, in person, do you just love a person that tells you how wonderful and beautiful they are on a daily basis?  Right!?!

Email ThisBlogThis!Share to TwitterShare to FacebookShare to Pinterest
Links to this post
Labels: my kids, respect, self confidence 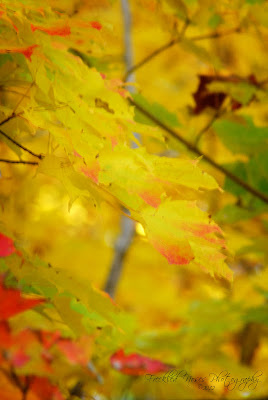 Yep, it is that time of year again.  Already!  We love, love, love our giant Maple tree.  She is beautiful, provides us plenty of shade in the summer, beauty all year round, and for all that she provides us, we have a price to pay. 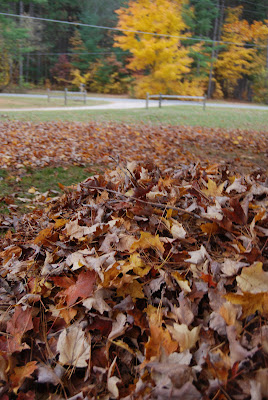 We get to rake up and somehow get rid of all those beautiful leaves.  You remember how much fun we had our first year.  Last year was no exception, and every year here on out will be the same.  This year we tried to do things a little different.  We thought we would just burn the leaves. 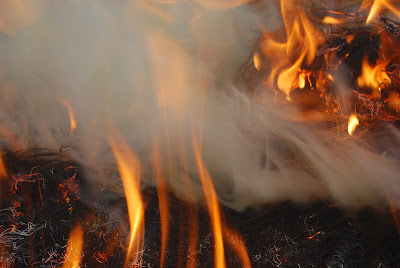 So while this was somewhat successful and what a lot of people do around here, we found that it created a LOT of smoke and pine needles and leaves really, really stink when you burn them.  So we stuck with the tried and true.  Load up those tarps and haul it off to the woods and compost them. 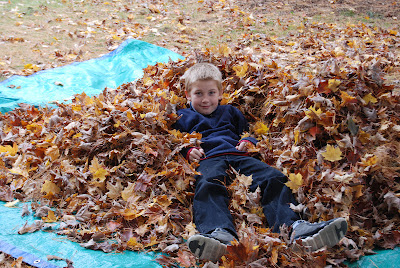 Some of us had the all important task of holding down those tarps.  Yep, tough job, but someone has to do it.  So he paid for it accordingly. 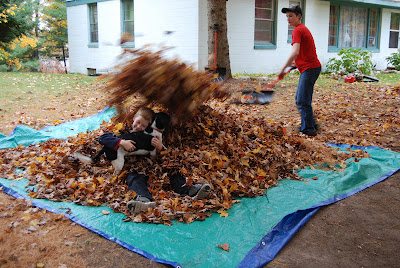 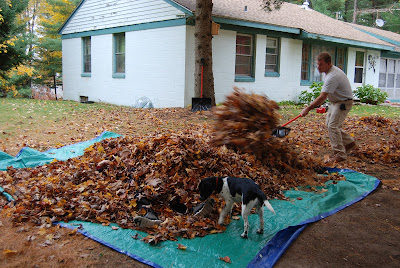 Not to worry, he was rescued by his faithful sidekick, Gilbert. 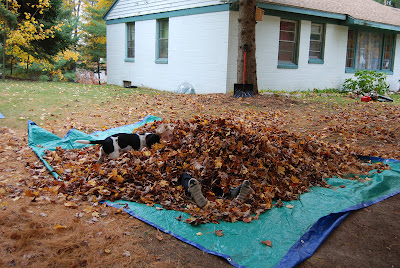 And off it goes. 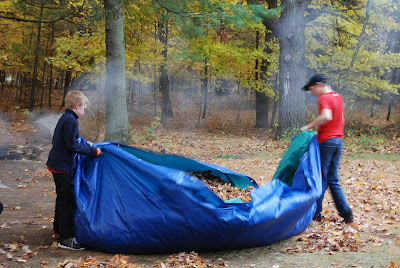 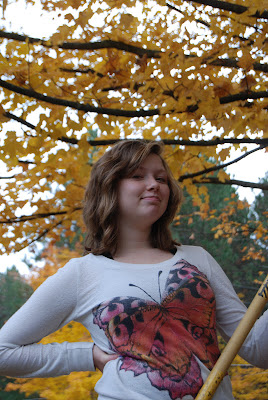 Oh the joys of fall!  It is so beautiful it is worth the little bit of work that goes along with it. 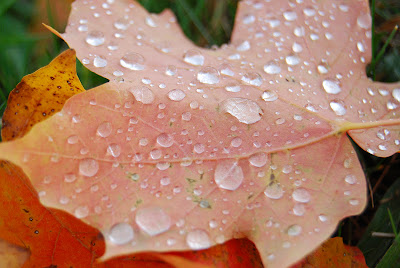 So October is shaping up to be quite the wet month.  But the rain is good.  Would have been nice if we had more of it this summer, but such is life and all this rain will make the ground great next spring.

As always, we have been so busy!  J. is doing K12 Virtual School this year.  Took us awhile to get back into that swing of things, but I think we are finally there and have a good schedule going.  Z. is officially out of elementary now.  They do things a little different up here.  The go to "Middle School" which is 5th and 6th grades and then to "Intermediate School" which is 7th and 8th grades.  He is still so little I am scared to death of him being at the giant school with bigger kids.   A. is doing great.  She is a sophmore this year. She brought home a class ring brochure the other day.  I didn't even want to look at it.  I can't imagine my little girl graduation high school.  Nope not possible!

September was another month of vacations in our congregation so we had a lot of sparsely attended meetings.  A few Sundays ago there were only 27 there when the meeting started.  Cameron was back in the sound department and Z. ran up and said I have to do the rovers.  And then he was off again before it even registered what he said.  One of the elders took him downstairs for a quick how-to and then when the Watchtower study began, there was my little baby, running the mics. 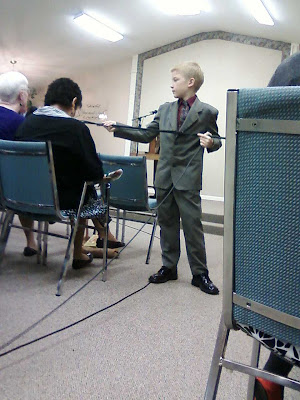 What!?!?!  He did so good.  No one bonked in the head, no dropped mic, no tripping over the cord.  He was so cute, and now that he got the practice in when there was just a few people there, he has been added into the rotation and will now be doing it more regularly.  He is also learning how to do the sound equipment.  So proud of my little guy.

Cameron, I, and J. went up to Manistee, MI for a quick build.  Cameron has been approved or at least has been going to quick builds up here almost since we arrived.  There was a little mix up with applications so it took me a little longer to be official.  So Manistee was my first quick build in Michigan.  What a great time to go up there!  The fall colors were at their peak.  It is so beautiful!  One of those, stab you in the heart, take your breath away, fill you with awe, make you wanna cry, all at once kinda beautiful.  The weather was yucky but the kingdom hall was built in record time and we had some time to go exploring. 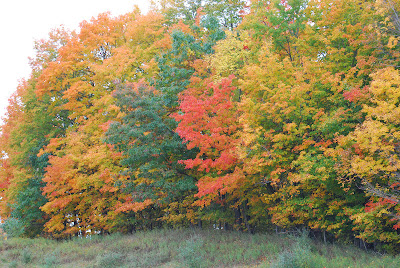 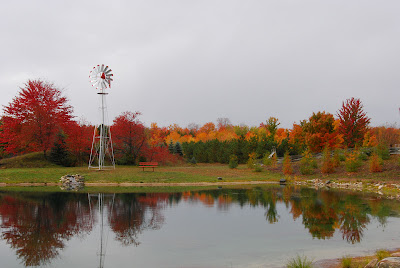 It was so much fun to be a part of it.  I ran into a cousin there that I haven't seen in a very, very long time.  So it was good to catch up with her and her hubby.  Met lots of new friends.  And one of my most favorite things about the build was getting to the site from where we had to park.  On the other side of those trees you see in the back ground was the main parking area.  There was a path from the parking area to the build site through that little patch of forest, and when we arrived in the morning and left at night it was dark so the path was lit up with little twinkle lights.  It was so cute.  I know, it's the little things that get me all excited.

And lastly, friendiversary was this past weekend.  A. and her buddy have a friendiversary every year on the day they met, which also happens to be the day they were suddenly glued together.  The girls haven't seen eachother in two months so it was an extra special weekend filled with junk food, laughter, all night talking, and of course, gifts.  So many gifts!
﻿ 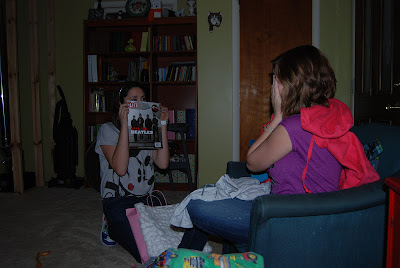 ﻿ They know each other so well.  This past year A. has discovered the Beatles.  So, yep, she was pretty excited about this gift, there was also a Beattle's t-shirt to go along with it.  She is over the top excited. 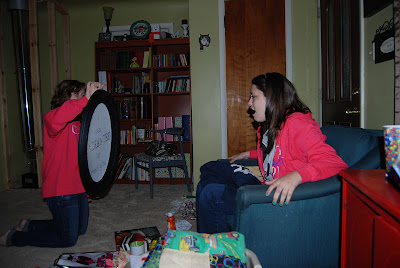 And as most young teenage girls are, they both LOVE Taylor Swift so A. made this for L.  I promise to post more pics about that project later.  Very cute.  But I do believe the best loved gift of the evening came from a certain Auntie in the house. 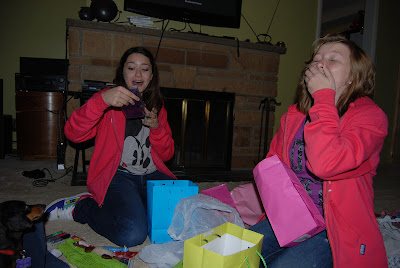 Yep, that's the reaction you get to Taylor Swift perfume.  They were so cute, and so appreciative. 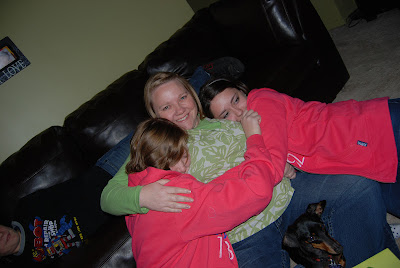 This is a Pileated Woodpecker that visited us a few days ago.  This is a seriously big woodpecker.  It can measure up to 19 inches in body length and have a wingspan up to 30 inches.  Cool.  This is only the 4th or 5th one I have seen.  So cool.
﻿
That's about all the news from the home front.  We are gearing up for winter, and I am praying for a historic blizzard that keeps us in the house for days so I can just do nothing.  Or catch up on some crafts or something other than going, going, going.

Love and miss all of you.  Give each other hugs and kisses from us here up north.

Welcome to my blog. My random thoughts on family life and my new home in the place I love and where I started my life.

All photographs contained in this blog are taken by me (unless otherwise noted) and are copyrighted. Please do not copy or reprint without permission.

Phoebe
Mecosta, Michigan, United States
Welcome to my blog. I am a stay at home mom with three of the most adorable kids on the planet. We recently made a HUGE move from Arizona to Michigan. This blog is for our friends and family we left behind so they can keep track of us as we adjust to country life.